Din Djarin (of House Djarrin?) and the Mudhorn Signet 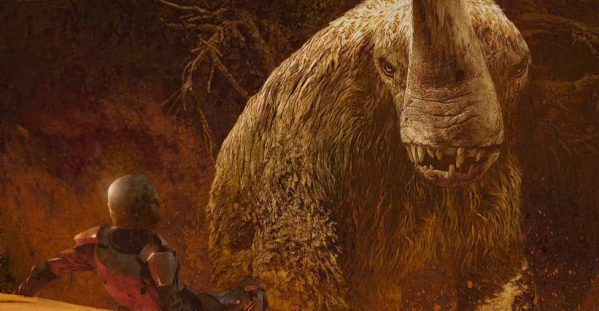 Djinn Djarrin is a nom de guerre for a storied bounty hunter named Din Djarin.  The fella what wears the mudhorn signet. Or maybe it’s the other way around. We can never remember. He’s the man who displays the Mudhorn signet (or sigil, if you’re a GRRM fan).

He’s also one of the most famous killers ever to wear a Mandalorian helmet. And has become arguably even more famous for wearing the Mudhorn Signet.

But you probably already knew that. 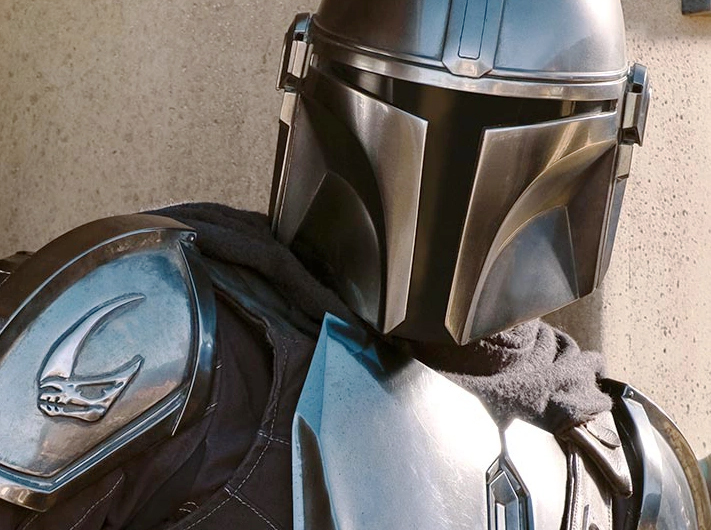 The now iconic Mandalorian signet on the pauldron of Djarin’s beskar armor.

Up top: The Mudhorn,  by Ralph McQuarrie, from the end-of-episode art they show during the credits.

The mudhorn is a big damn woolly rhino looking creature that lays eggs. It was first seen in episode two of The Mandalorian’s first season.  Din Djarin fights and (barely) kills one. It later becomes his signet. Din Djarin of The Mandalorian is played by Pedro Pascal, who also played Oberyn Martell of Game of Thrones. In the books (and HBO series) his “logo” was the sigil of House Martell. In The Mandalorian, it’s the Mudhorn Signet. Is it any wonder we like him?

“The beefy mudhorn makes its home in the cool, dark caves of Arvala-7. The beast uses its towering horn for defense and its matted hide, caked in mud, and wooly withers can even dissipate the concentrated fire power [sic] of a blaster bolt at close range.”

Din Djarin, titular character of The Mandalorian, fighting a Mudhorn. The creature was the inspiration for the sigil adopted by Djarin later: the Mudhorn Signet.

It’s probably based on the prehistoric Elasmotherium sibiricum (also known as the “Siberian unicorn“), an animal that lived here Earth a couple million years ago. 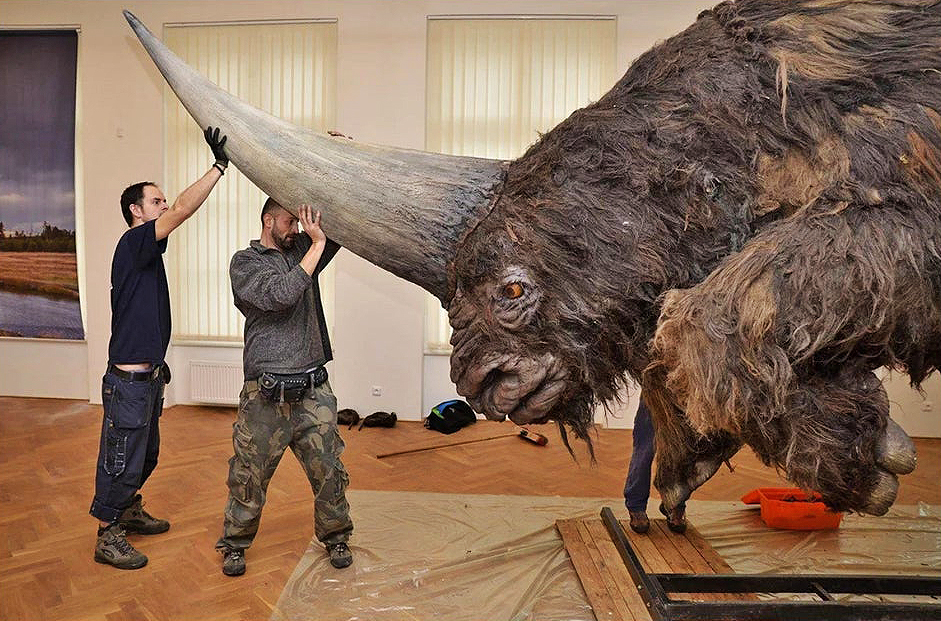 The mudhorn was almost certainly inspired by the prehistoric Elasotherium. (Via r/TheMandalorian/TV.)

Din Djarin is the real name of the bounty hunter central to The Mandalorian. He’s often referred to as “Mando”, though there is more than a little debate about whether that’s his nickname or a moniker for any Mandalorian. The character is played by Chilean actor (and by all accounts nice guy) Pedro Pascal.

We don’t care either way, though the latter makes more sense to us. 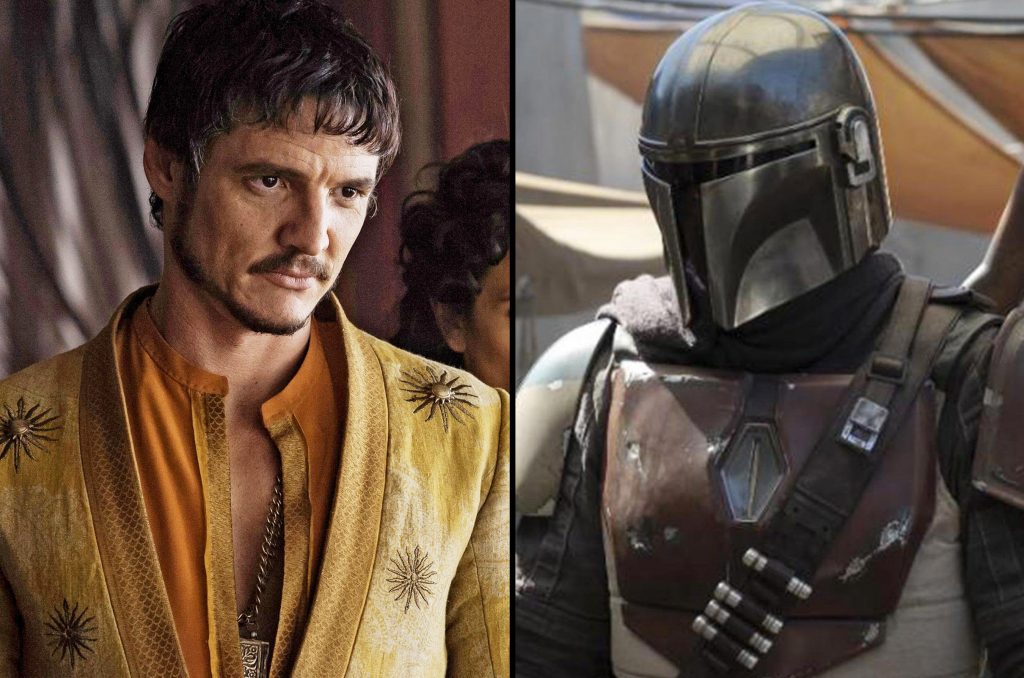 As an aside, and not particularly pertinent to the story, we want to see Carasynthia Dune (Mando’s occasional compatriot in the series) in as little clothing as possible. Scantily clad as it were. Cuz she (and Gina Carano) is a badass in several ways). Sorry not sorry. 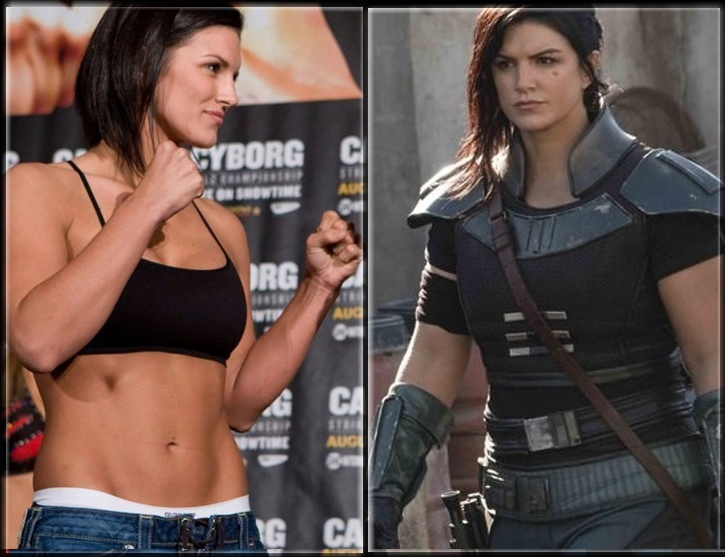 Djarin is a “foundling” of the Mandalorians; essentially a war orphan adopted and raised by the “Fighting Corps” in the tenets of their creed. He eventually joined a sept of Mandalorians called the “Children of the Watch” (not the Night’s Watch, that’s a whole different kind of Watch). Because of the strictures of that cult (all zealots have rules, look at people who do Crossfit or practice Veganism!) he is not allowed to take his helmet off in the presence of another living being.

There is plenty written elsewhere about Din Djarin, we’re just providing an overview here to put things in perspective in case you want to bend the knee to House Djarrin (q.v.). 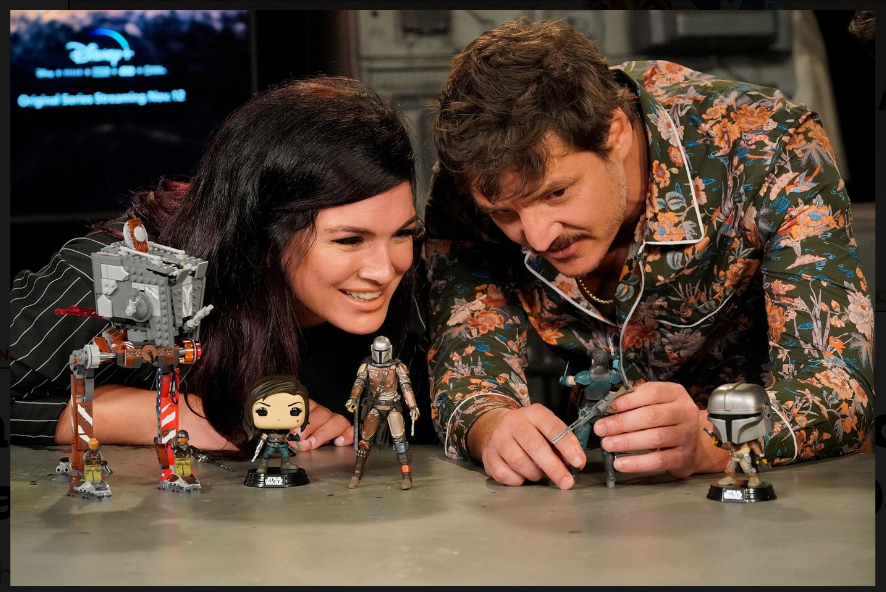 That’s how you pronounce Din Djarin’s name.  When the name was first “leaked” to the public, it was spelled phonetically. That has since been corrected.

“The Mandalorian, whose real name is Din Djarin, is your iconically cool, flawed, mysterious, loner gunslinger that harkens to the best of the samurai movies and the Westerns and in talking to Jon [Favreau] I asked him what should I be looking at. I know he loves movies. I love movies. What should I be watching? And he immediately brought up Sergio Leone and Akira Kurosawa, Yojimbo, and The Good, The Bad and The Ugly. So, he’s very samurai, Clint and me.” Pedro Pascal

A signet in the Mandalorian ethos is at least somewhat reminiscent of the individual heraldry we read/saw in The Game of Thrones. It’s a kill- or conquest-related iconography used to identify both individuals and entire Mandalorian clans. Din Djarin earned his after battling a Mudhorn (and nearly dying) on the planet Arvala-7 (The Mandalorian Ch.2, “The Child”) and the subsequent confrontation with Imperial forces after his return to Nevarro. 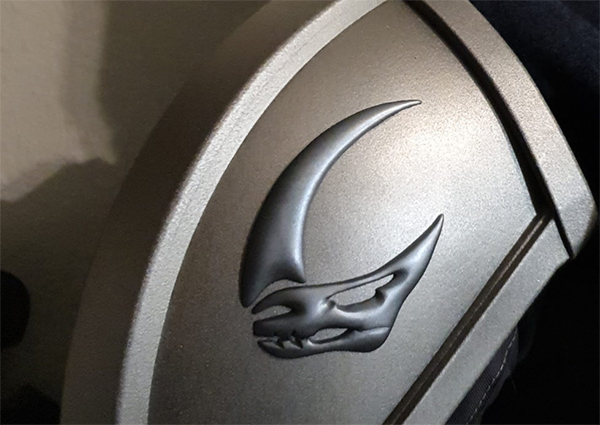 The stylized skull was designed and then forged from beskar for him by “The Armorer” and declared to be the symbol of his new clan — at that time just he and the Foundling.

Mudhorn signet was crafted by a woman called “The Armorer” in a Mandalorian covert.

by Ludwig Göransson  (from The Mandalorian: Chapter 2).

The Mandalorian soundtrack is as haunting as it is distinctive. It was composed by the Swedish-born Ludwig Göransson,  who won an Emmy for it in late 2020.  The music features a strange but compelling mix of woodwinds, drums, piano, percussion, and other instruments.

Variety reports, “Thirty string players, all wearing masks and spaced six feet apart, played on the first seven episodes. For the season finale, the orchestra was expanded to 52, including nearly 40 strings, and more than a dozen brass and woodwind players, sources say. Musicians union rules, based on county health regulations, dictated that the strings be recorded separately from the woodwind and brass players, so those were done on different days.”

It’s available at the usual contemporary places, of course, but what’s even cooler is that it is being released as an old-school LP set. The collection will have music from all eight episodes individually pressed on a vinyl desk with original artwork by Paul Mann and featuring the obligatory mudhorn signet.

Less than 4,000 will be released and they will be limited to one per customer: you can learn more about that over on Mondoshop! 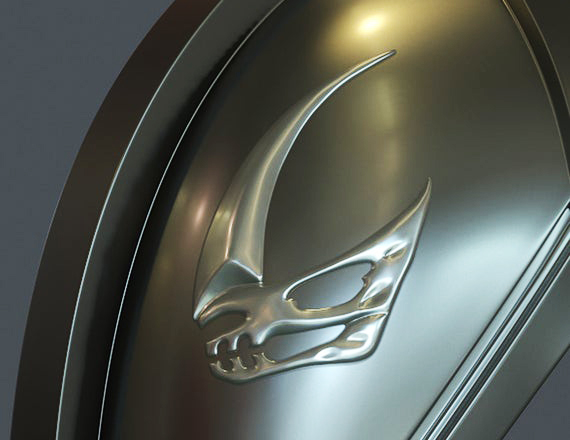