Beskar Steel: why Beskar is best for battle 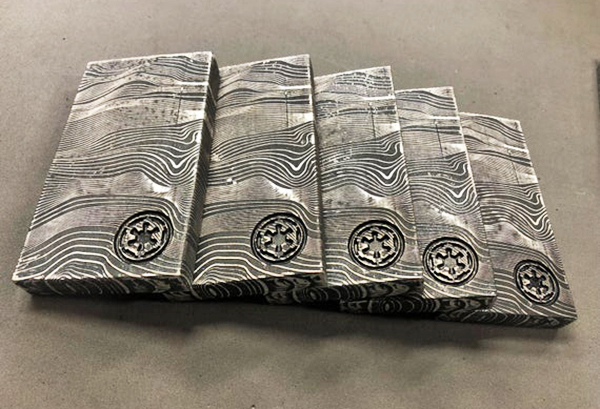 Beskar Steel. It is arguably right up there with Valyrian Steel and Mithril under the category of “stuff I want my EDC knife made out of”. Longtime Star Wars fans (especially those who recite canon as a creed) have known of the uniquely Mandalorian metal for years. Not so some of those who first heard of it when it was used as an obviously significant form of payment in The Mandalorian Chapter One, and when “The Armorer” used the ingot to build a Beskar steel pauldron). Only a few people know what the metal (and signets) have to do with the Mandalorian Creed (“This is the way.)

Happily, even fewer are aware of Beskar’s use by the insurgents of Limitrophe. Hell, some people think Beskar is fictional…but they’re the kind of folks who don’t believe in Wootz or Valyrian Steel, so consider the source. More on all that (and its popularity in Mandalorian cosplay) later. 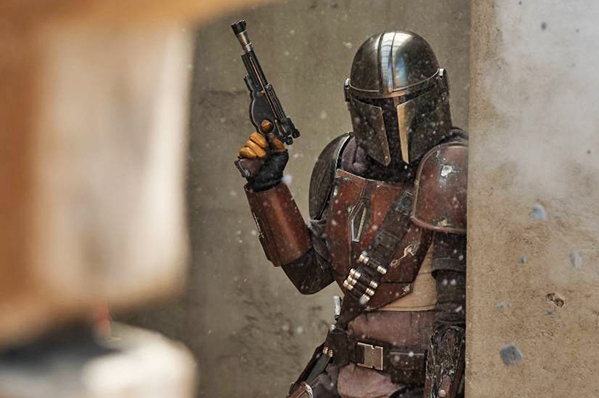 Beskar is best for battle (assuming Valyrian Steel isn’t available). This is the way.

We know you have questions.

Why is Beskar steel so valuable?

Can Beskar steel stop a lightsaber?

We’ll do our best to answer them.

The famous Mandalorian metal has been likened by scholars to real-world Wootz (Damascus Steel) and inevitably compared to Mithril, Valyrian Steel, and similar metals. It begins with Beskar iron (ore) and is forged into the famous alloy with which the Mandalorians build armor that will withstand almost any attack — and last for centuries.

Beskar steel is handled as cast ingots. The dull, slate gray bars of Beskar steel have wavey ridges and patterns on the surface, and are stamped with the Imperial shield of Palpatine’s empire. Armor made of Beskar is highly sought after as it is an extremely robust material, able to withstand blaster shots and lightsaber strikes. It must therefore also be light enough to be worn for prolonged periods of time. We know that the material can be melted in a hot furnace and cast into shapes. It can be worked with heat and hammering. It is malleable enough in a thin, heated form to be shaped into panels, which make it a perfect choice for armor.

Beskar armor is synonymous with Mandalorian armor. It shrugs off blaster shots like DOJ Level IV ignores .22lr and will withstand a lightsaber hit. Despite its tremendous resilience, the armor is reputedly both light and maneuverable.

Beskar armor (or Mandalorian armor, whatever you want to call it) became iconic after the world met Boba Fett (and his singularly famous Mandalorian helmet).

Inverse.com advises that “Beskar” was just “Mandalorian iron” before it became what we now refer to as Beskar steel. You can read more about it in Dom Nero’s article on Esquire.

This sagacious treatise will be updated periodically. Be sure to check back on occasion.

This is the way.