Instagram models who can shoot (and fight, and lift) 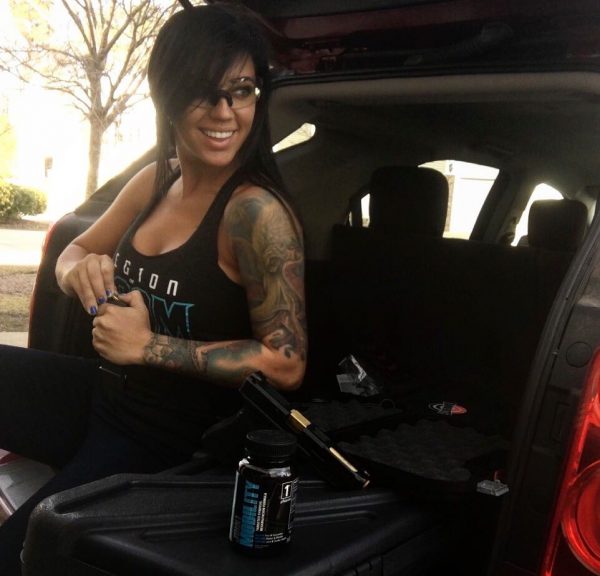 If you’re on the ‘gramz at all, you’ve no doubt seen one or more these Instagram models – or badass women, depending on how you want to label. They appear in their own pics, modeling for someone else’s pics, from an action-type or post-apocalyptic calendar, or any one of several manufacturers (like Goat Guns).

In today’s Thursday 3Some 3×3: Alex Zedra, Camille Dougherty, and The Alpha Chick.

Brainy, ballsy, and badass women. All of ’em.

Alex Zedra is an extraordinary young lady well known in the firearms community. A First Phorm athlete, she is also a gamer who can be found on Twitch.tv as 🎮 alex_zedra. 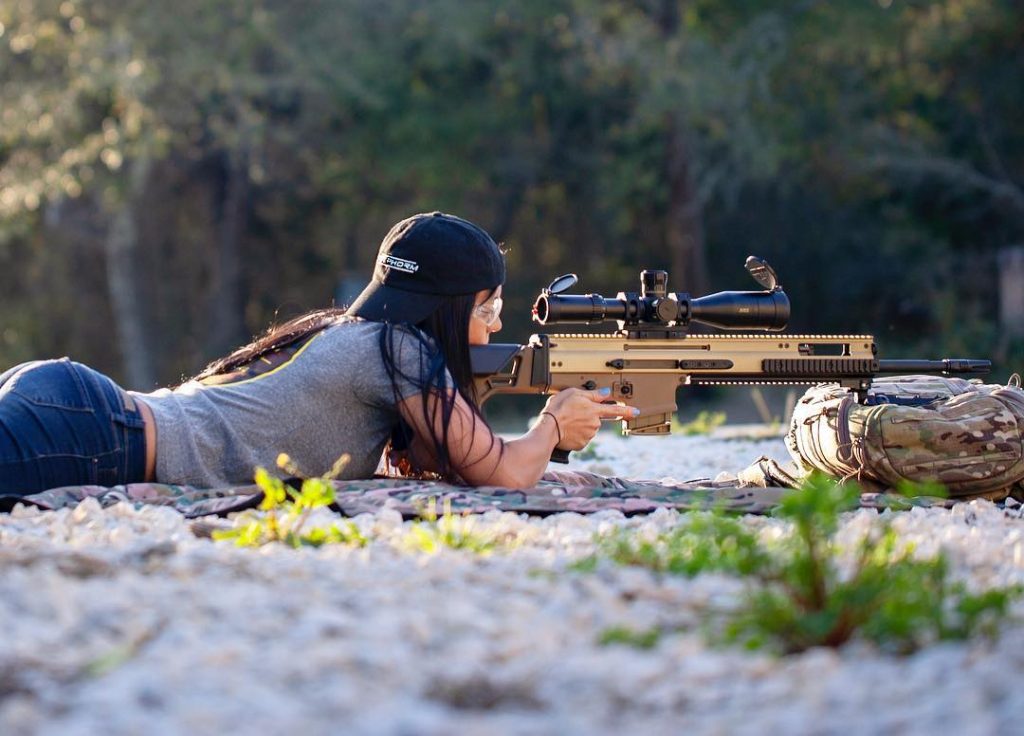 We admire pretty girls and nice guns as much as the next person, but they’re better when one knows her way around the other – as Alex Zedra ably demonstrates here.

Interestingly, she’s as much a fan of Rising of the Shield Hero (盾の勇者の成り上がり ) as she is of coffee, Five Guys burgers, and A Salt Rifles. 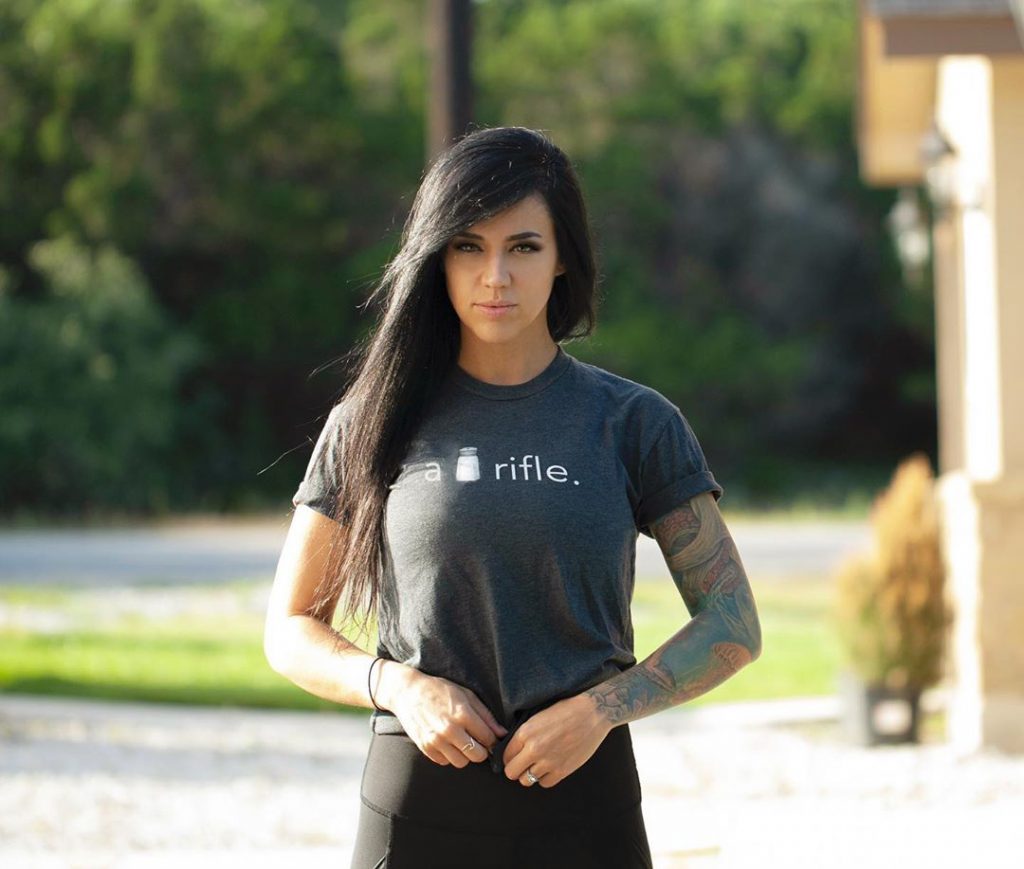 You might also check out her (their?) “Gun Otaku” site: GunOtaku.com (@gunotaku). 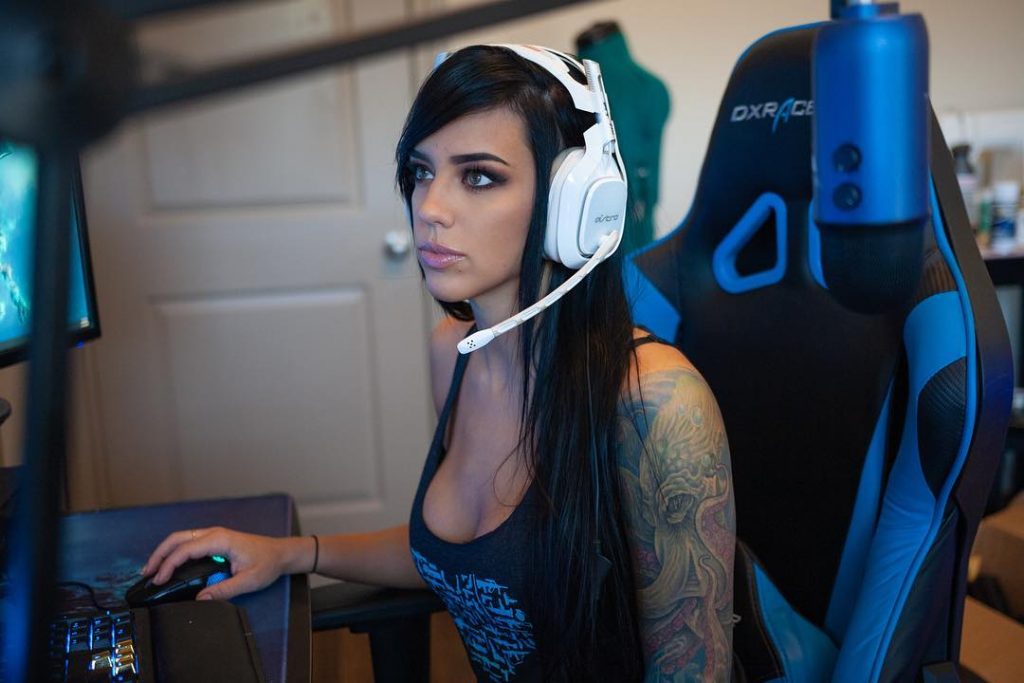 Camille Dougherty is a serving military officer who lifts when she’s not in school (which appears to be now, since she recently earned her Masters Degree) and quotes the likes of Anatole France, Margaret Thatcher, and Harper Lee. 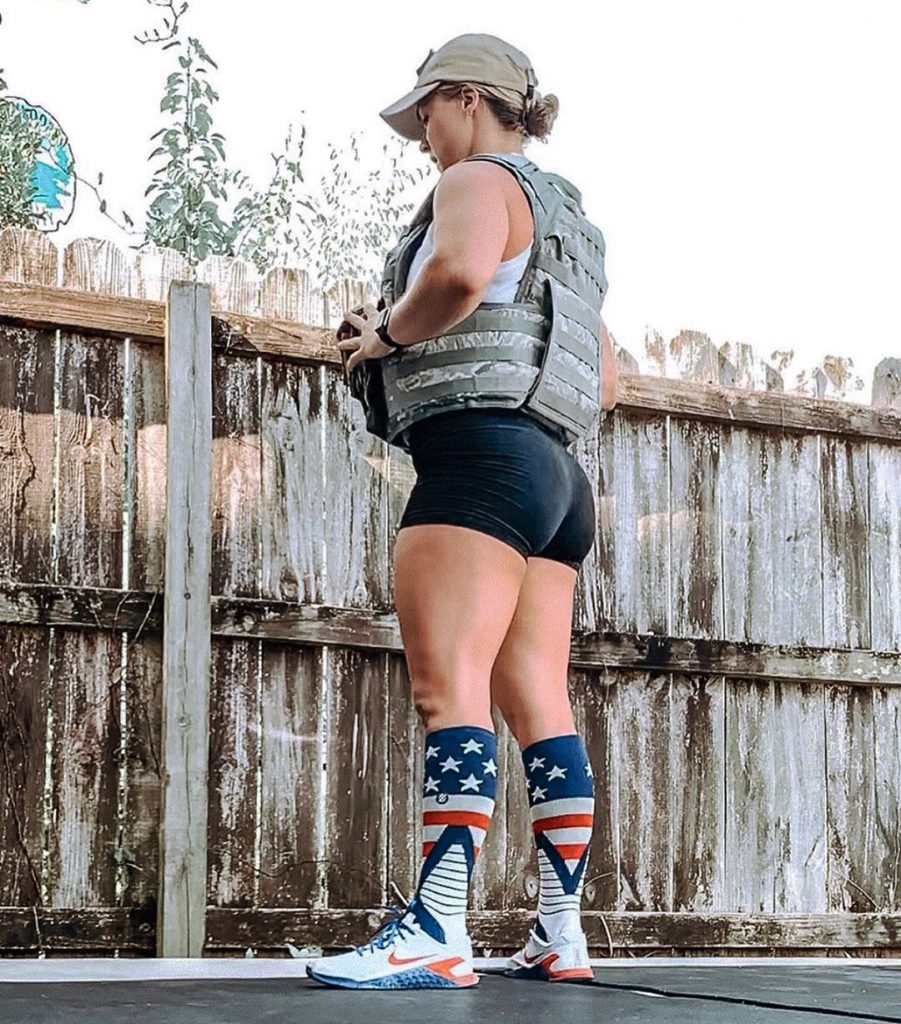 Dougherty looks good in any outfit or location – which is good, considering the love of her self-professed wanderlust. 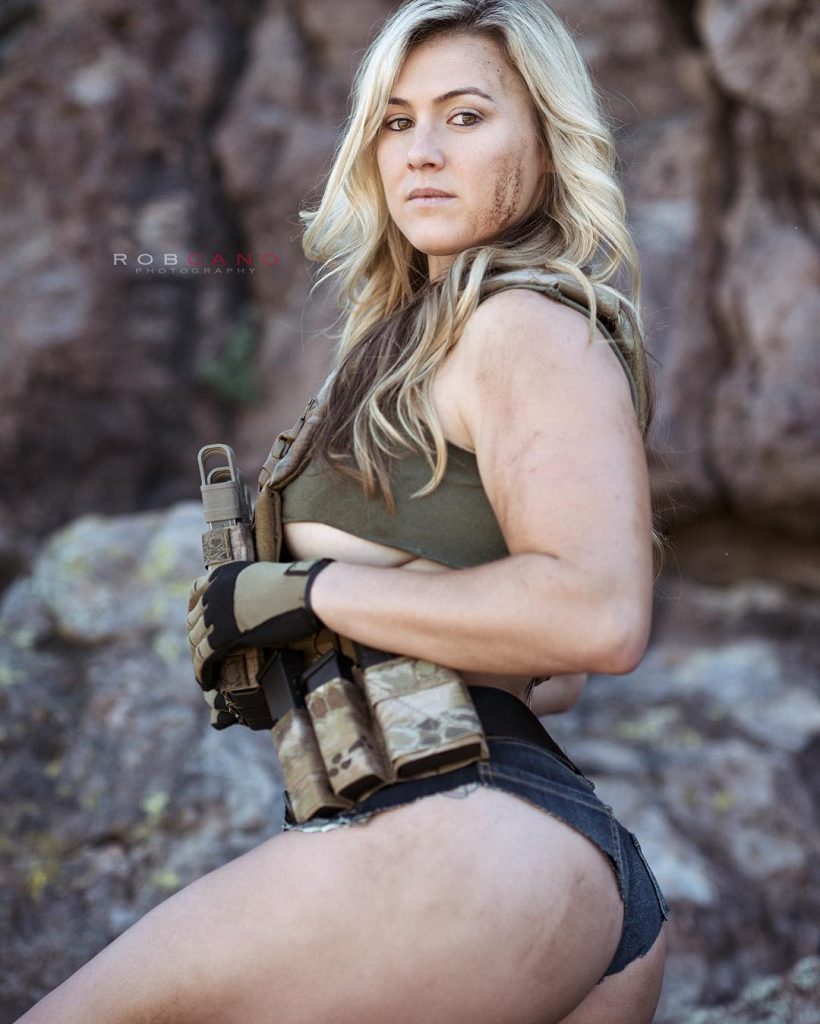 Instagram models: Camille Dougherty in a pic from Robcano Photo, from a calendar shoot. (We’re pretty sure she doesn’t dress this way on the range for real.) 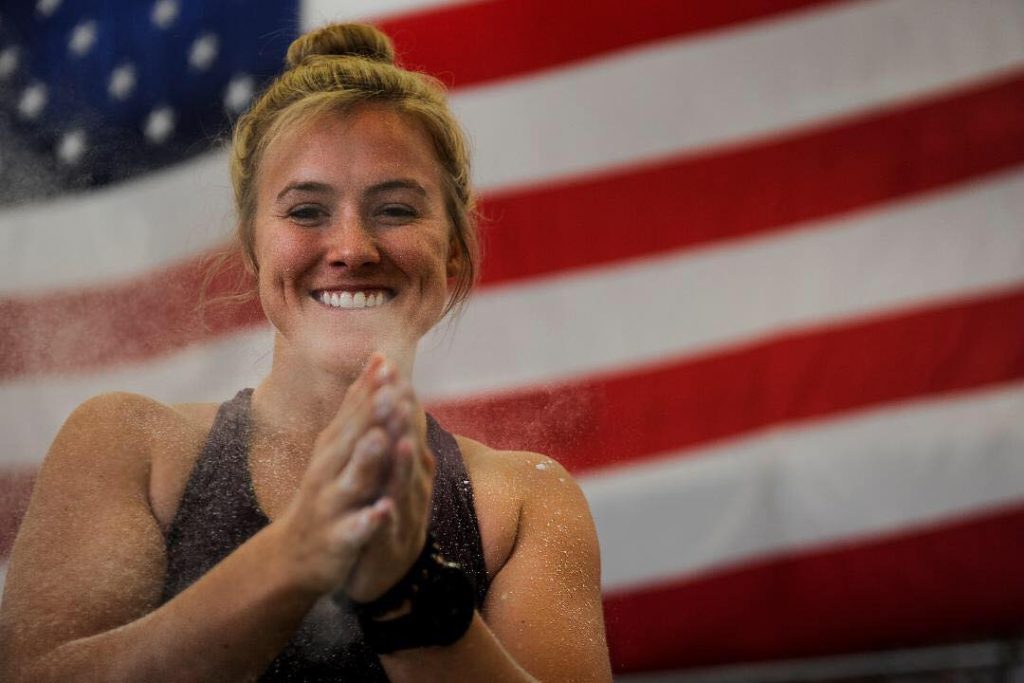 Lastly, from the sun-drenched reaches of distant Floriday, the “Alpha Chick.” This Tampa-based badass beauty (see that alliteration?) is fluent Russian, Romanian, gym-speak, and Second Amendment. 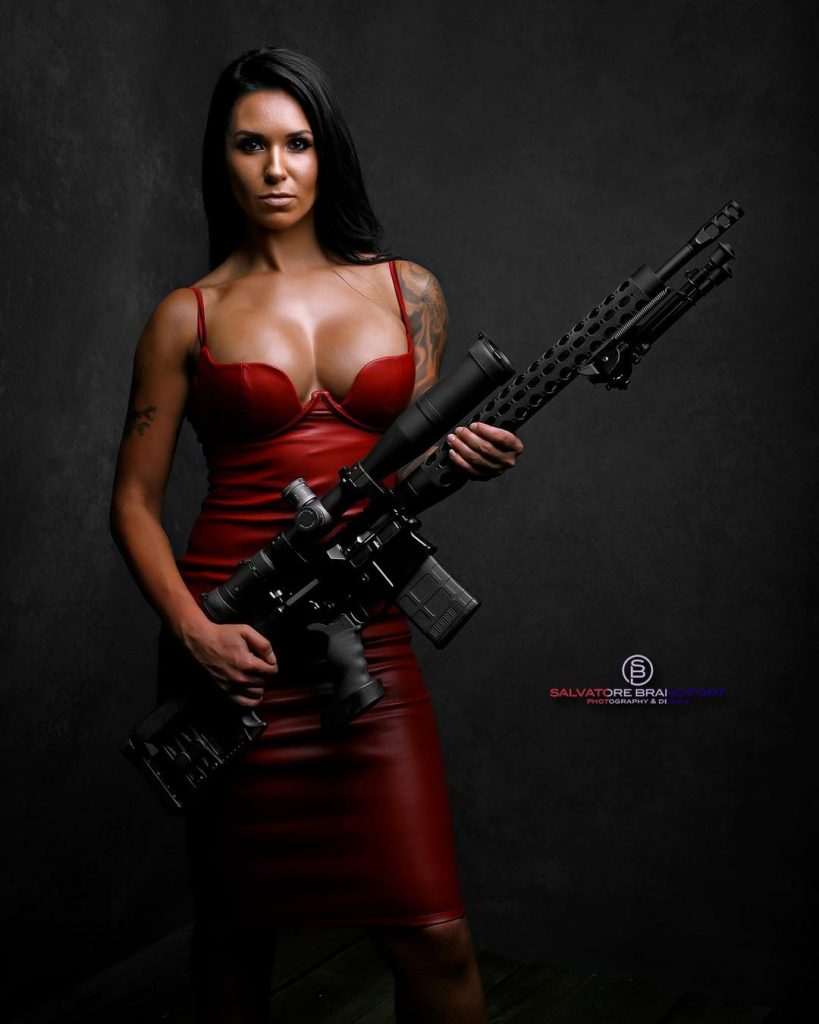 One of the things we particularly like about her (and trust us, there are many) is her choice of hashtags: including #specialkindofpainintheass. That has a compelling sound does it not? 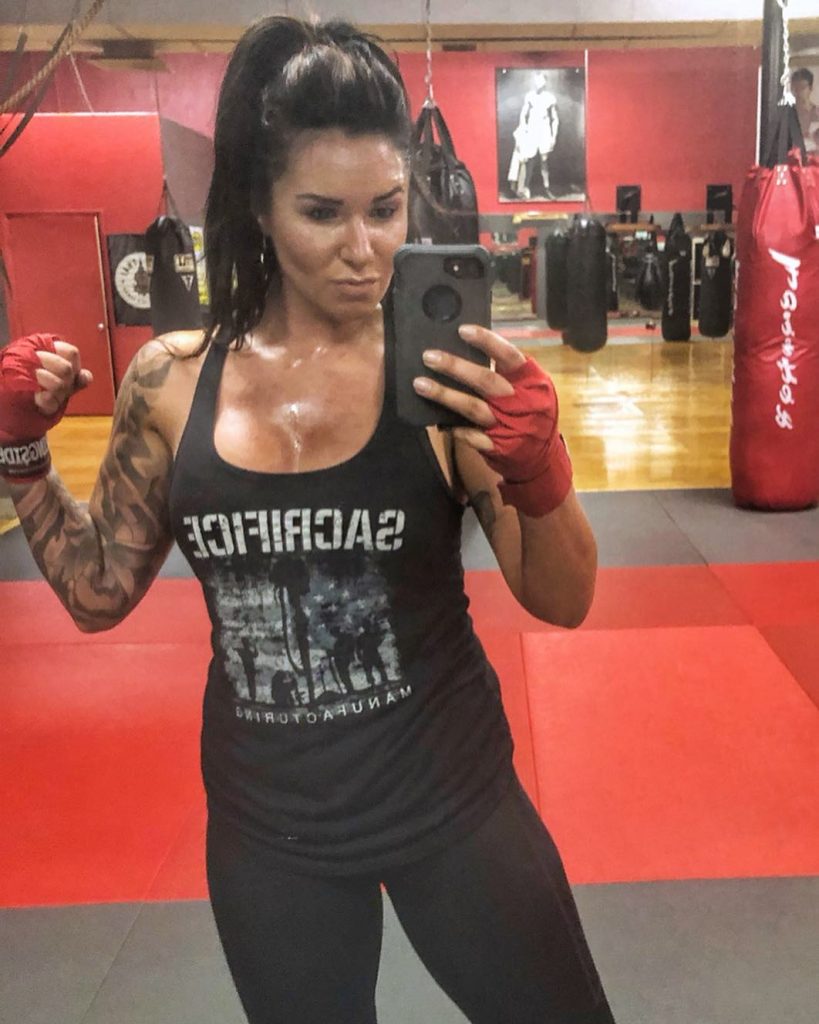 In T.A.C.’s words, “If you’re not sweating like a pig after a workout, you might wanna power walk yo ass right back into the gym and put in work!” 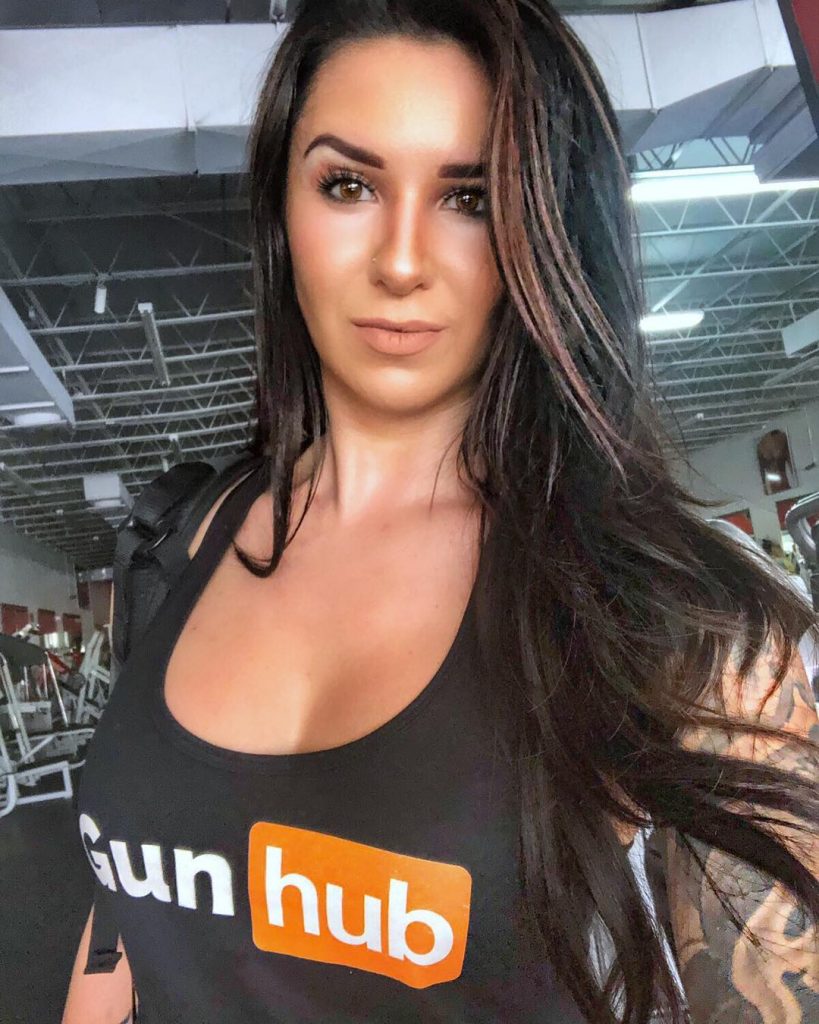 The Morningwood Bazaar is a tactical buyers club disguised as a Game of Thrones style House. Or, for you erudite types, a “Calamitous 14th Century” type organization.