It’s no secret we like girls women and guns. And women and swords, and women and axes, and women and Apache helicopters for that matter. Here are a few of the former in assorted fine calibers. We’re aware of the “gun bunny” thing. However, when it relates strictly to our aesthetic appreciation, the Second Amendment, and capitalism, we refuse to spend time in pointless frumication. The energy we might otherwise have spent in perhorrescing, thinks we, would be far better spent indulging our lexiphanicistic tendencies…

Happy hump day. Here’s some hot brass. Some of ’em can likely outshoot you – it’s something to keep in mind. 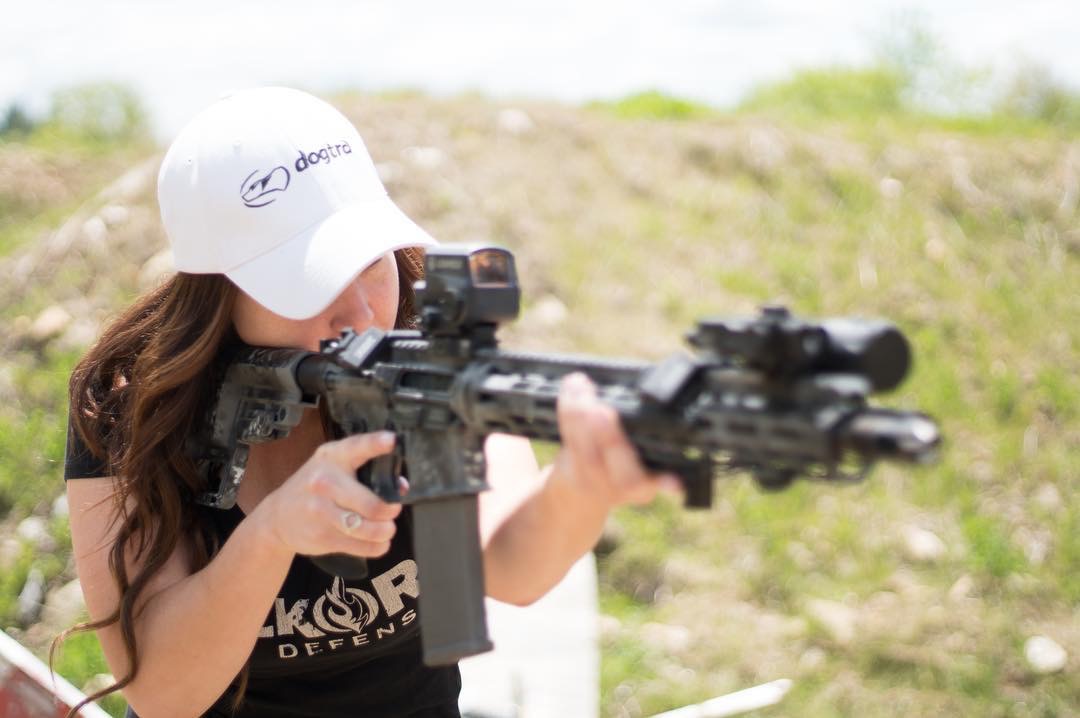 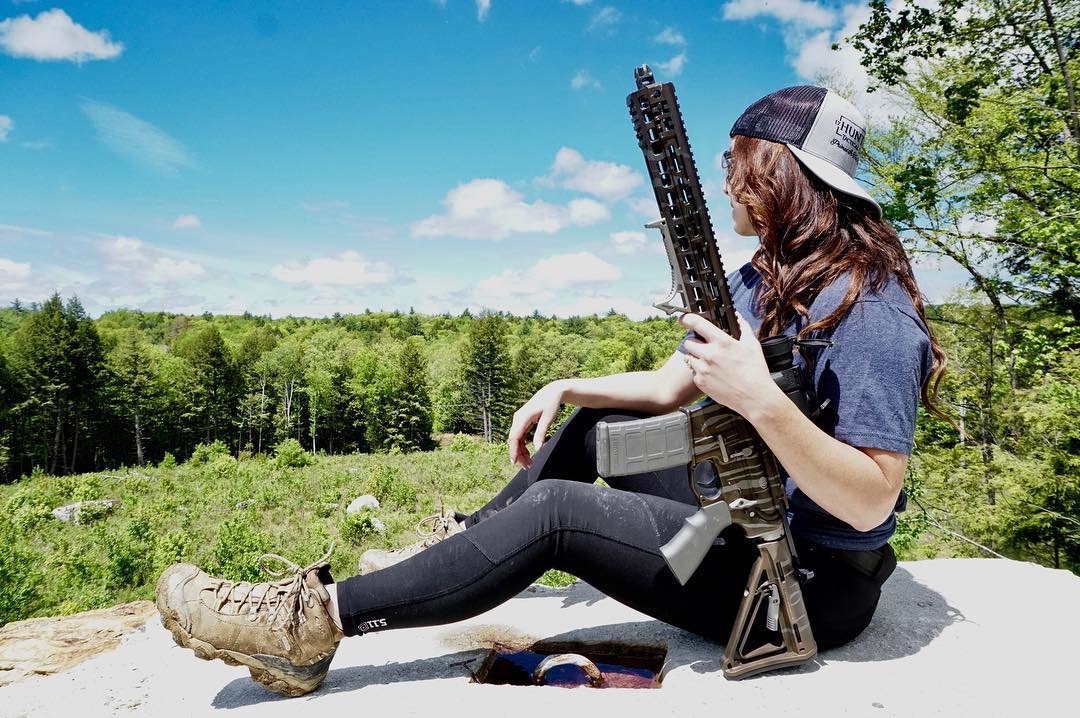 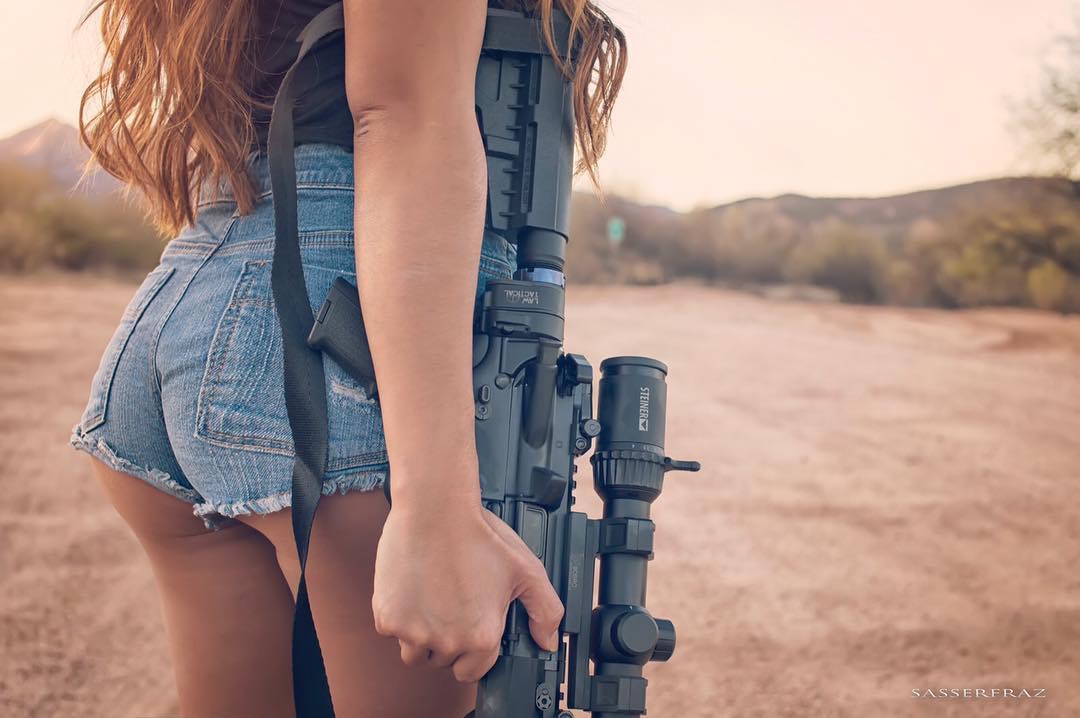 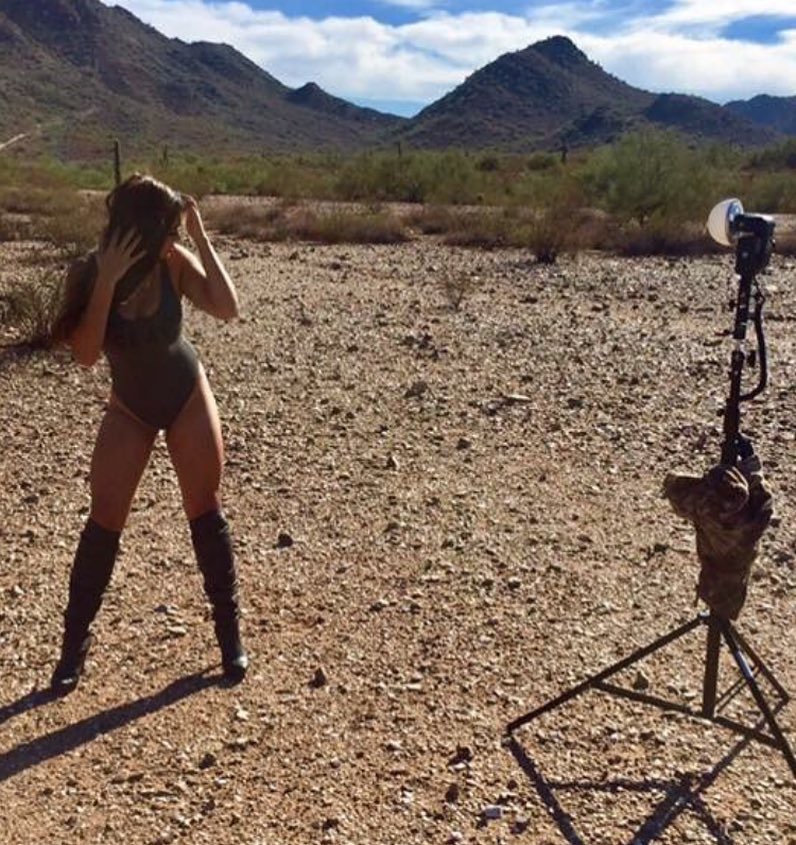 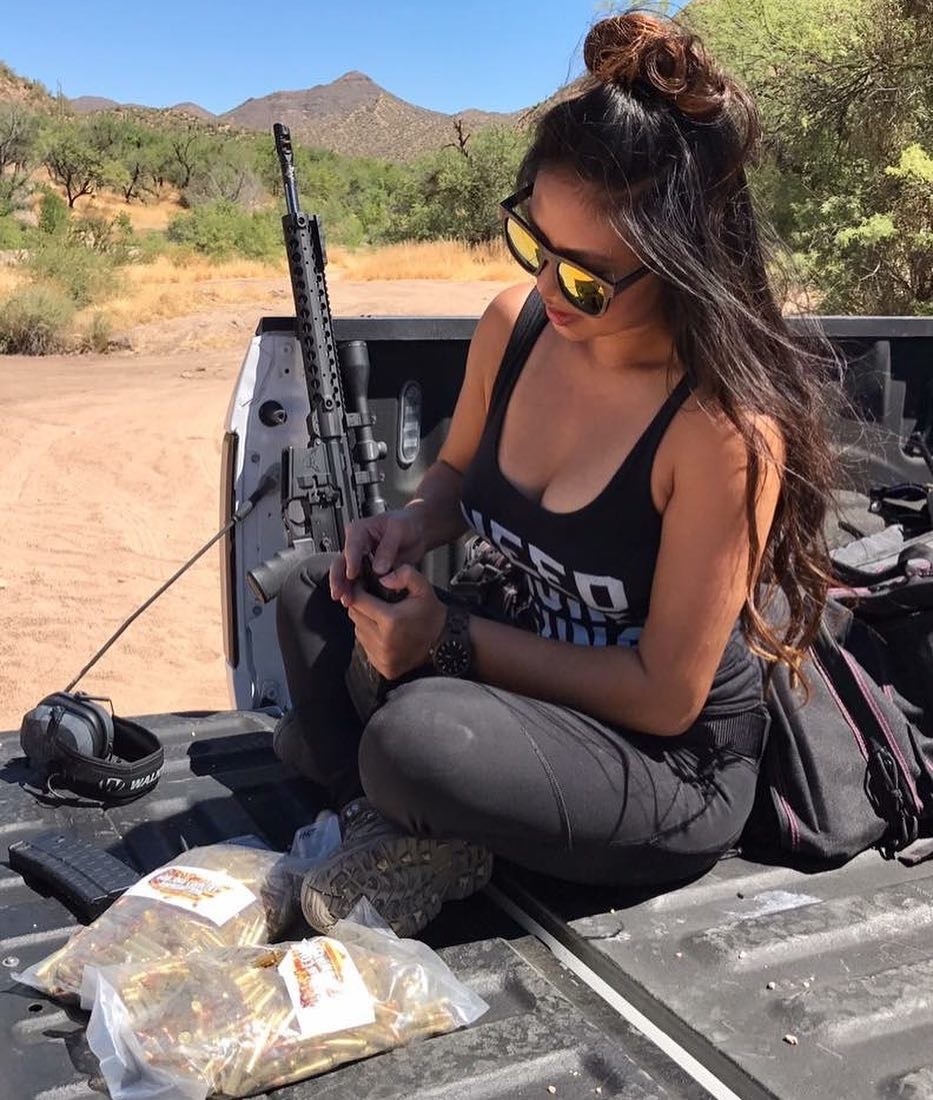 Warning: Commercial ahead. This shit doesn’t just write itself you know.

Do you spend more than a couple hundred dollars a year on gun parts, gear, or ammo? We do – which is why we joined Big Daddy Unlimited.

Which sounds like a used car commercial, but, you know, it’s true.

Now we return to today’s installment of Hot Brass. 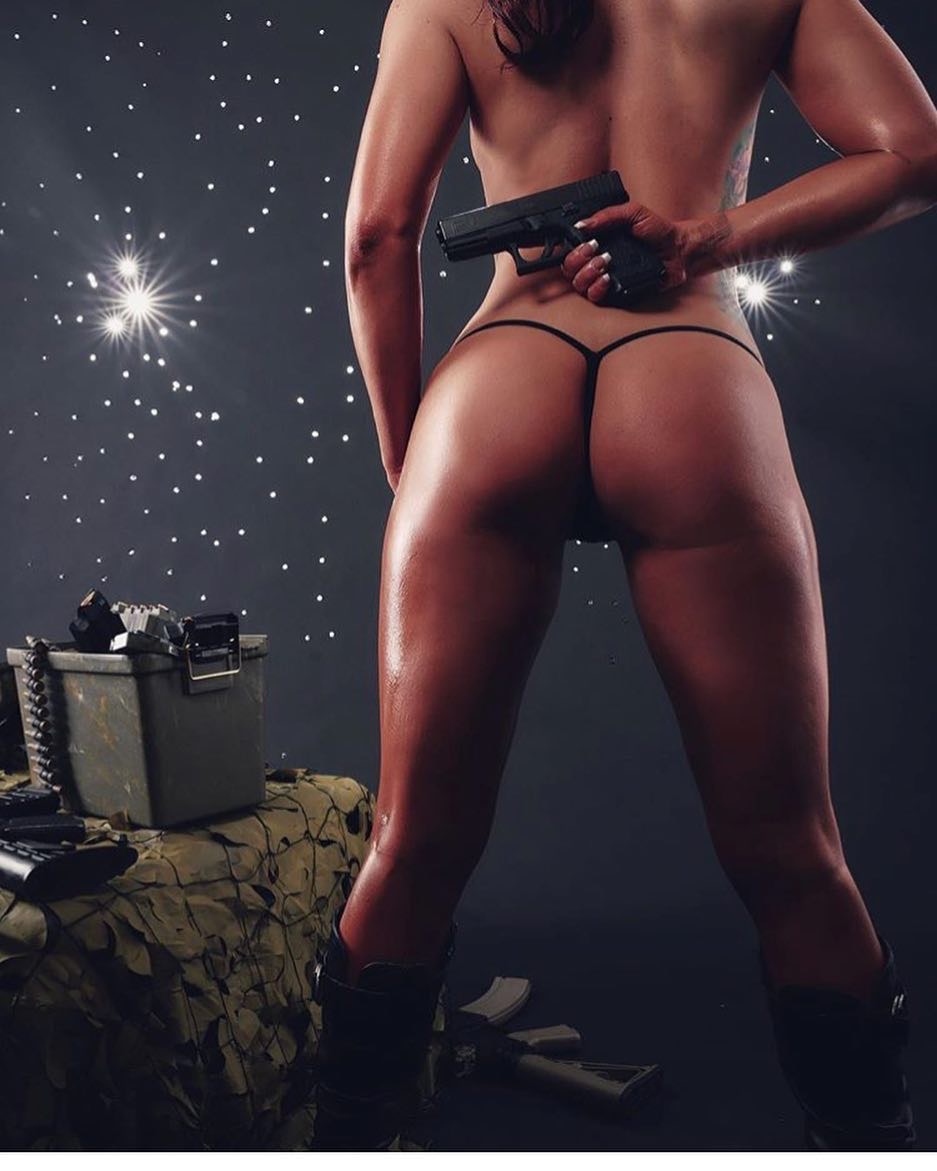 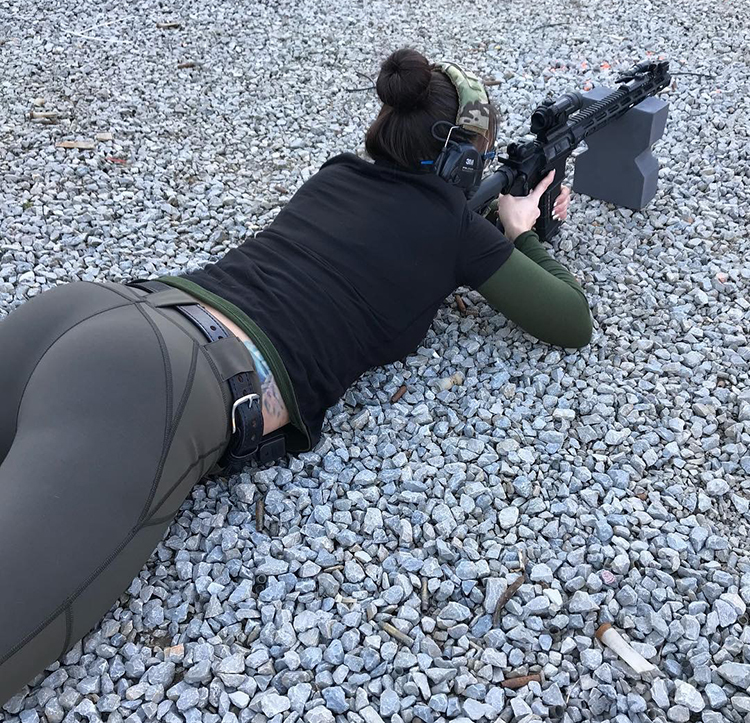 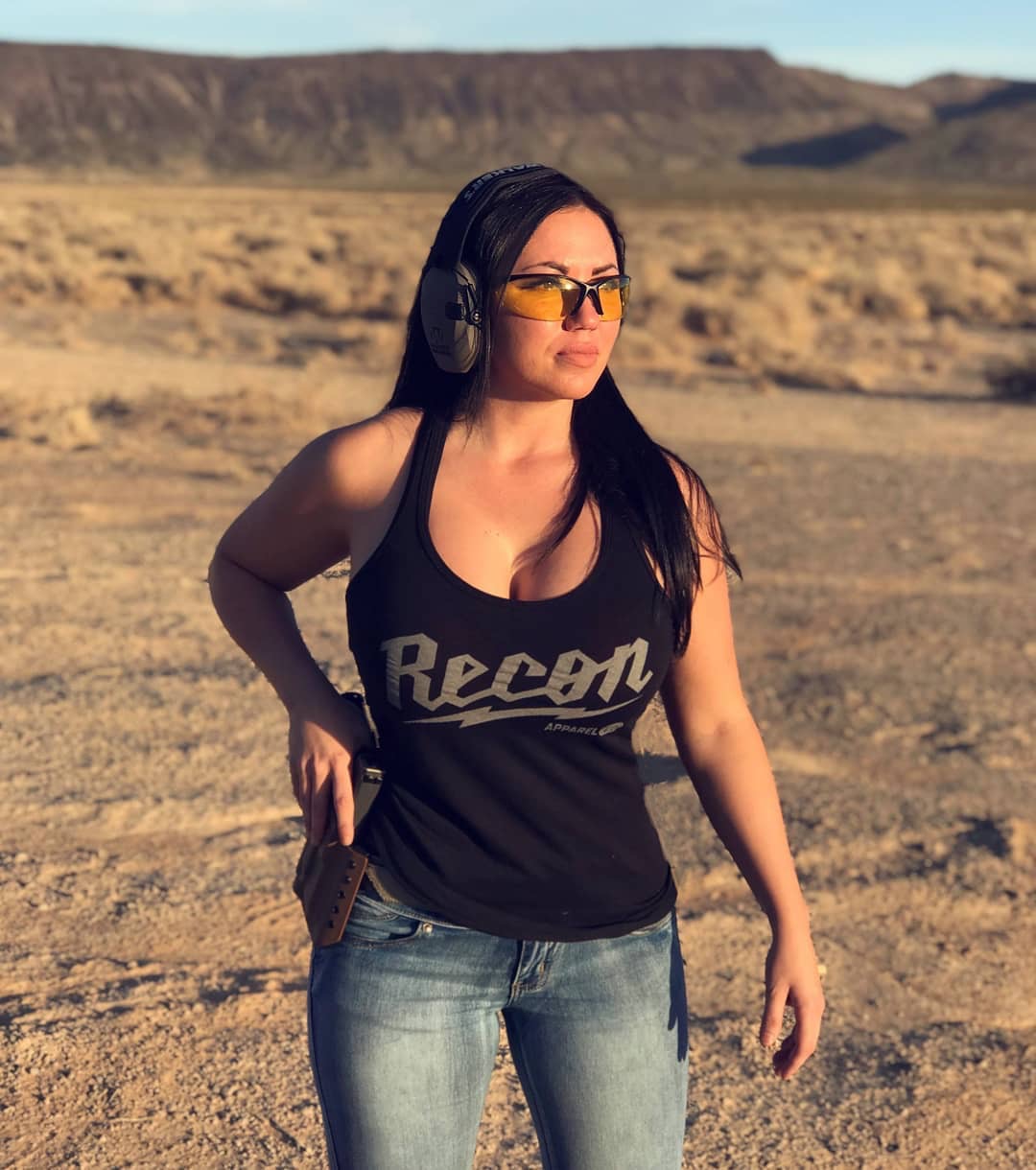 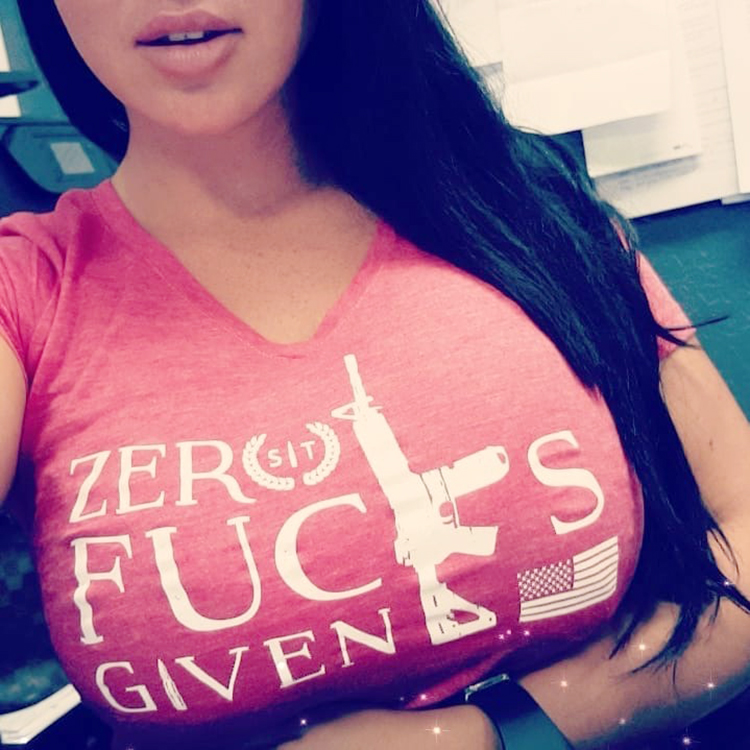 Hopefully sumthin’ in this article got your attention.

And now, a little history to bump up our word count.

Brass is an alloy of copper and zinc. It has been around since before the Abyssinians. Other than brass balls, however, the best thing it’s ever been used for is ammo.

Brass is by far the most common material used to make cartridges in the world today, but it can be very hot when ejected — hence the term hot brass. That’s why you should avoid a low cut shirt (ladies) and consider wearing a hat (everyone) when on the range.

Even if you have this guy with you.

The self-contained brass cartridge began to replace paper cartridges in the late 19th century, making its appearance largely as a result of the percussion cap. It made the breach-loading rifle, with all its advantages, practical. As early as 1812 a man named Samuel J. Pauly had patented a cartridge incorporating a metal base with a cavity for detonating powder and a striker to ignite it. The 1858 (French) Schneider cartridge utilized paper and brass, but the days of paper cartridges were numbered.

“By expanding slightly during firing, the cartridge sealed the breach, preventing the escape of gas and powder fragments that endangered the user and eroded the mechanism. Moreover, by incorporating propellant, projectile, and primer in a sealed water tight container, the brass cartridge made possible the repeating magazine rifle, the auto-loading, or semi-automatic, pistol and rifle; and the machine gun.” Cowley-Parker, Reader’s Companion to Military History

Brass cartridges became increasingly common during the latter half of the 1800s, and, by 1900 or so, most modern military institutions around the world had gone to bolt action rifles firing lead projectiles from a necked down brass cartridge.