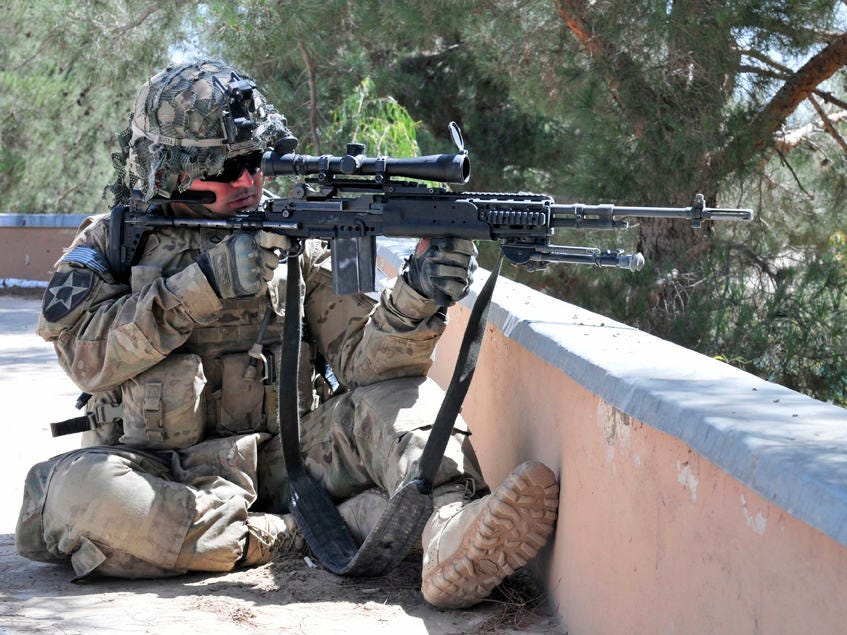 The named concept of the battle rifle existed after most battle rifles had fallen out of service. As far as I know, the term is seemingly one made up by firearms enthusiasts to describe rifles that fall outside of the realm of an assault rifle, or sniper rifle. In the firearms industry, we like to make shit up, but occasionally something sticks. Battle rifle was something that stuck.

When most people say battle rifles, they are talking about semi-automatic rifles that fire a full-powered cartridge like the 308, 7.62x54R, and even the newer 6.5 Creedmoor would qualify. These rifles can be select-fire, but its not a requirement. As you’d expect, this includes guns like the AR-10, the FN FAL, the G3, the M14/M1A, and the most modern model on the market, the SCAR-H. These rifles define the contemporary battle rifle, even if most are not that modern.

The Battle Rifle in Modern War

Except for the SCAR, we are looking at rifles designed in a world not too separated from World War 2. These rifles have long been replaced in military forces by the modern assault rifle, which is a lighter weight weapon that’s firing an intermediate cartridge. As the battle rifle was phased out of service, they remained here and there and in armories around the world.

With the ramping up of the Global War on Terror, some of these rifles began to see new life. M14s and M21s were pulled out of armories. Optics and chassis were slapped on them and they were pushed into designated marksman rifles. They were also used with the classic wood stocks and zero optics in roles that required the punch that a 308 could provide. 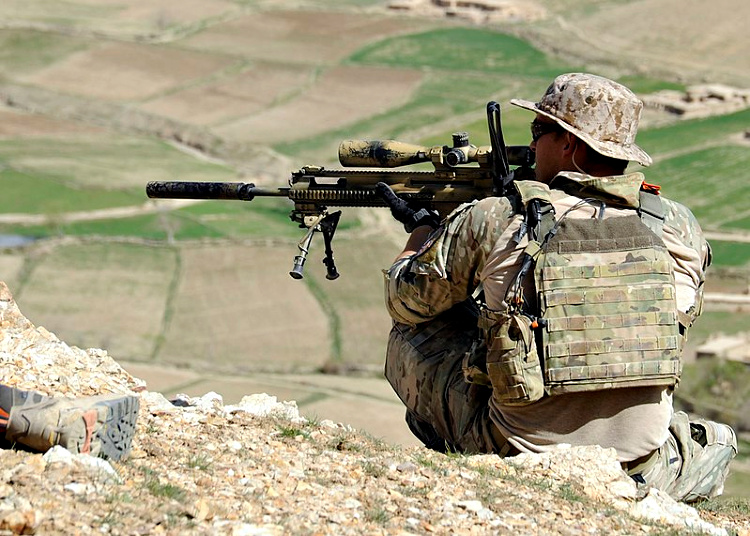 Guns like the G3 and FN FAL even found their way onto the battlefield with coalition forces, often in situations in which they didn’t have enough modern assault rifles, or saw the needed for a full-powered gun.

The Advantages of the Battle Rifle

The reason the battle rifle exists and why the rifle was pressed back into limited service was because of the advantages it offered over the standard-issue assault rifle. First and foremost, the rifle offered a more powerful cartridge that increased penetration through cover. The round can retain energy better through walls, doors, windows, and even the metal frames of cars and trucks. The battle rifle could be employed to stop vehicles by popping that engine block. In the urban environments of Iraq, this would be quite valuable. 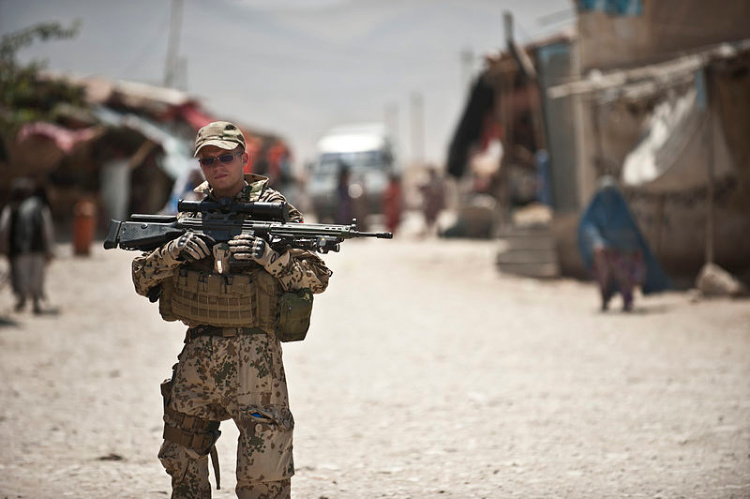 The 7.62 NATO round also offered user’s longer range capabilities. An increased effective range allowed users in Afghanistan to meet the distances Coalition Forces were being engaged in. In my time in the country, the bad guys liked to stay outside of the normal rifle range. When a PKM is opening up on you at 600 to 700 yards across open poppy fields, the 7.62 NATO offered shooters the ability to hit back.

The downsides are, of course, weight and recoil. The big Battle Rifle hit hard at both ends. This made the weapon a specialist, limited-issue item. You’d say one per squad or so to compliment their needs.

The Role of the Battle Rifle

Battle Rifles were often used in a designated marksman’s role. Here they could be used for more distant engagements. More often than not, they could be used for precise shots in close to moderate range fighting. The rifle could also be used in an overwatch position in the same role. Toss one on a VCP, and it’s better served to rip up a vehicle who doesn’t stop or even rushes the position. At the same time, it’s more precise than an M240 on the same VCP.

Lots of Special Operations bubbas use the SCAR H and seem to like it as a rifle that provides both power and modern ergonomics. The SCAR H is one of the softest shooting, lightest weight 7.62 NATO rifles on the market. How it’s used among those badasses is unknown to me. I’d imagine it fills the gap and acts as both a traditional assault rifle and an accurate designated marksman’s rifle. I’d hate to carry a range backpack full of SCAR H magazines.

The Battle Rifle and the need for one seem to ebb and flow depending on the conflict. As the GWOT moved on, many a DM were armed with Mk 12s in good ole 5.56.  I wouldn’t say the Battle Rifle has seen it’s last rodeo just yet, but the M14 sure has. The Army has recently adopted the HK G28 as a designated marksman rifle, and with it, the Battle Rifle lives on.

As great as modern assault rifles are they can never hit as hard or reach out as far as the battle rifle.