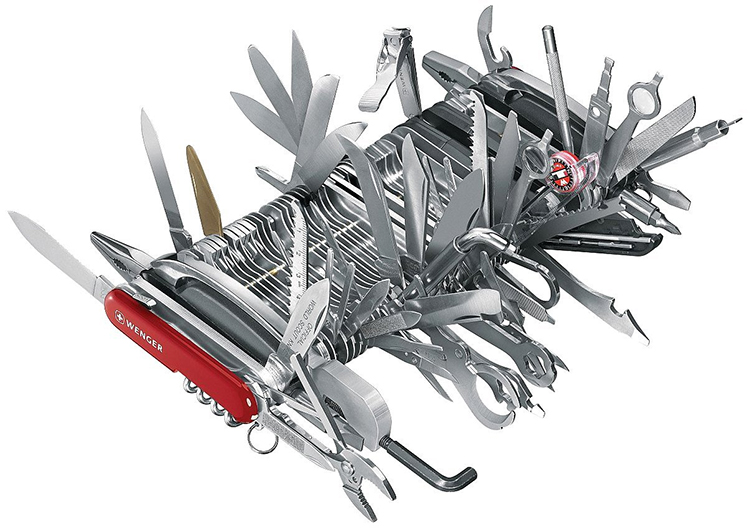 Why this is nothing short of astonishing.  This is the Wenger 16999 model Swiss Army Knife. It is the most epic and complete multi-tool in the history of multi-tools. In fact, it may not even be a multi-tool. It might be a Decepticon. 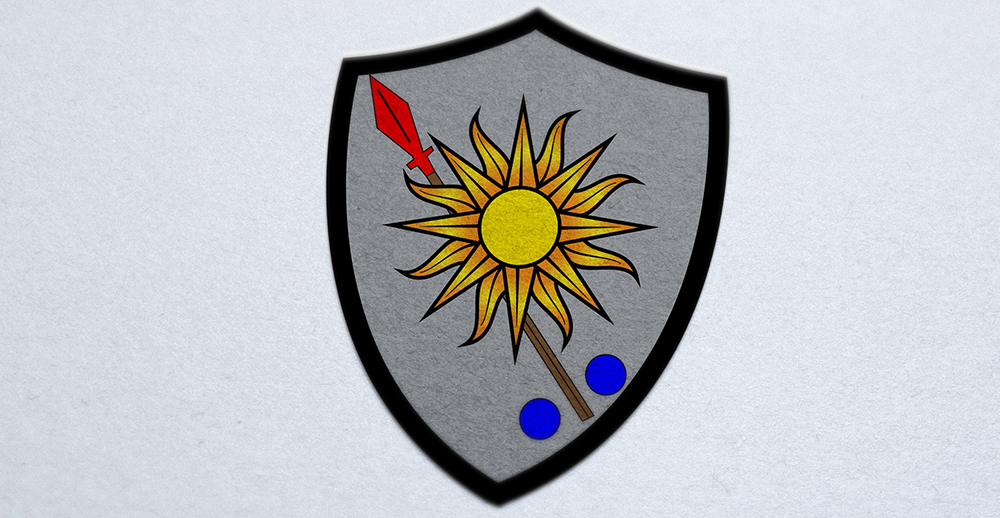 Wenger is an online retailer focusing primarily on luggage, watches, and epic utility knives built for every conceivable contingency in mind.

It is the only terrestrial tool (that we know of) that can repair Dr. Who’s sonic screwdriver.

The Wenger 16999 can perform 141 different functions thanks to it 87 implements, and it weighs just 7 pounds! The W16999 has been reviewed nearly 600 times, averaging four stars, and features nearly 200 answered questions regarding its design and capabilities.

Some of the low ratings are troubling, but the favorable reviews far outweigh them. Has an example:

“As soon as I found out how much my husband spent on this, I left him. Bad move. It represented him at the divorce hearing. I now pay $10,000 a month in alimony.”

“Awful! The corkscrew attachment is at the extreme edge of the tool, meaning that whenever I open a bottle of wine (3-5 times of an evening) I have to wildly swing the entire tool around causeing utter havoc. Last time I uncorked a bottle I performed minor surgery on my wife who was standing in the next room. I also started a small fire, caught a rabbit in a snare and managed to signal the coast guard that I was in danger. And when I came to remove the cork I jerked upwardsley and as I did so I removed a stone from a horses shoe and shaped some nearby branches Into rudimentary defensive spears. Every new bottle brings more elaborate shenanigans into our lives. Some have suggested I stop drinking corked wine but that is just the talk of a psychopath. I shall be returning this for a full refund and say the only people with use for this tool are Boy Scouts with exceptionally long pockets.” 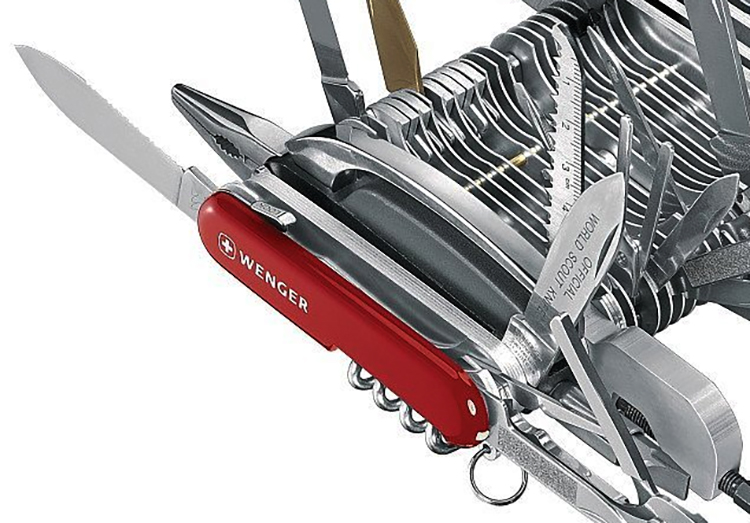 Countering this are such comments as,

“I tried to file my nails, but in the process, I accidentally fixed a small engine that was nearby. Which was nice.”

Unfortunately, none of those reviews was a “Verified Purchase Review.” Which is strange, really.

In any case, here’s something to consider if you need a Fathers Day gift idea. Or everything required to conquer a small Latin American country.

If you liked this article, check out the “Great Multi-Tool Throwdown” on Breach-Bang-Clear.

We also hope you caught the MIB and Hitchhiker’s Guide references. 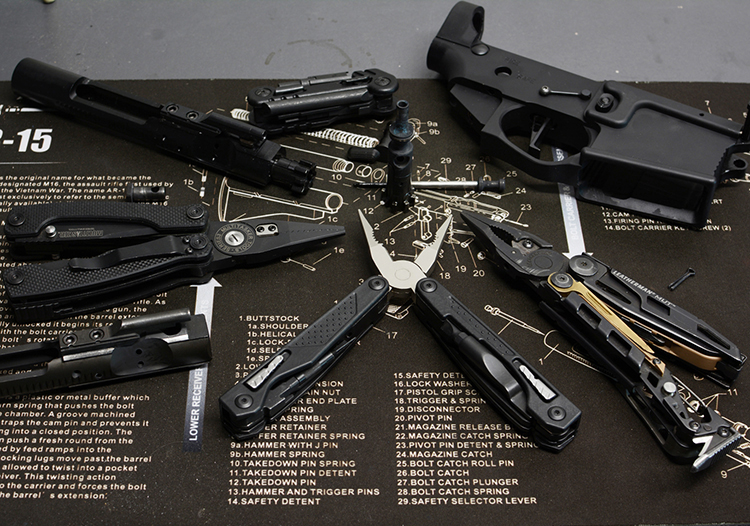 It never ceases to amaze us just what all sorts of stuff is out there on the interwebz. For instance, you might also want to check out Fish Bras, a part of our NSIAT series. Be sure to take a look at ouronline magazine when you have time.